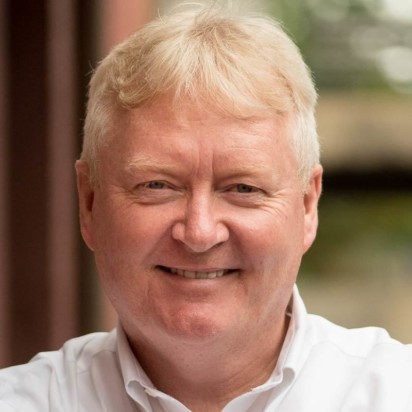 Dr. Houston is President and Chief Executive Officer of Arvinas. Previously, he was the SVP of Specialty Discovery at Bristol-Myers Squibb (BMS). He spent more than 18 years at BMS in roles of increasing responsibility and had accountability for all Discovery Biology disease teams as well as various Discovery technology departments. He was also the site head of the BMS Connecticut facility. Dr. Houston was a member of the BMS R&D Executive Leadership team and chaired the Target Portfolio Committee which had governance oversight in the discovery space. With his teams and research colleagues, he progressed over 200 compounds into early development, several of which advanced into late stage clinical trials, and toward commercialization.

He was also the principal architect and driver of the ‘Leveraging Technology’ initiative at BMS which oversaw the design and implementation of an industry-leading integrated lead discovery and optimization process. This initiative created revolutionary changes in the discovery process at BMS with significant improvements in capacity, speed and cost control resulting in marked increases in research productivity and success rates.

Dr. Houston has over 28 years of experience in the pharmaceutical industry. Prior to joining Bristol-Myers Squibb, he worked at Glaxo Welcome Research and Development in the UK, where he served as head of the Lead Discovery Unit.